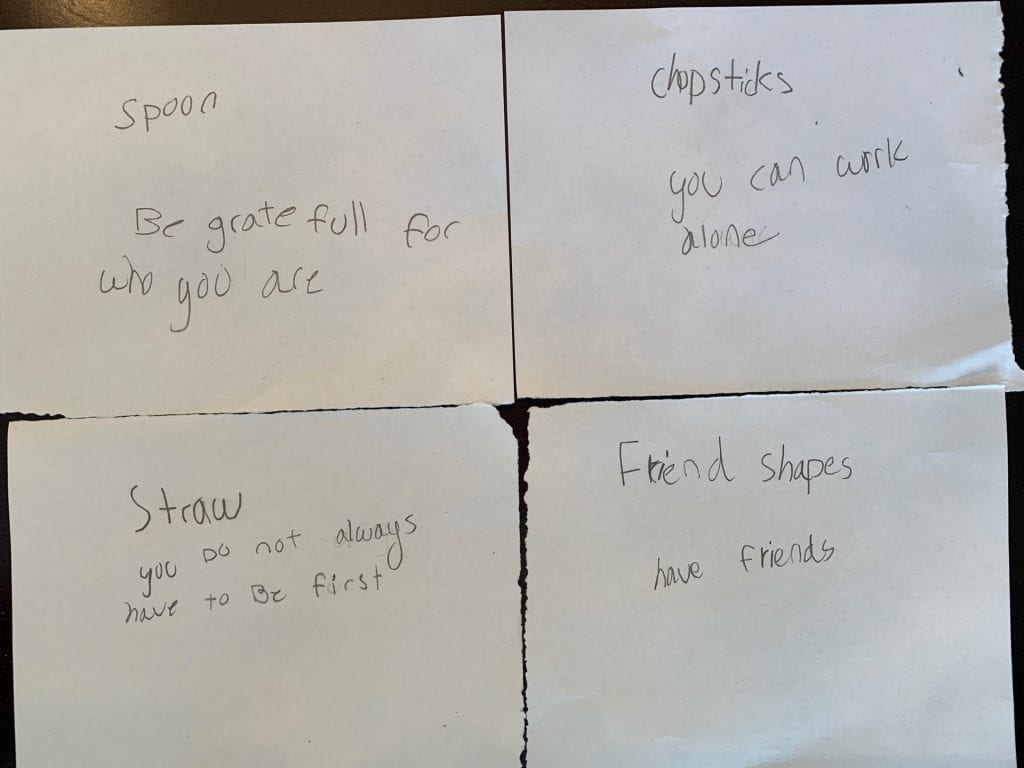 I hope you follow these things.  And I think all of them together = Have fun 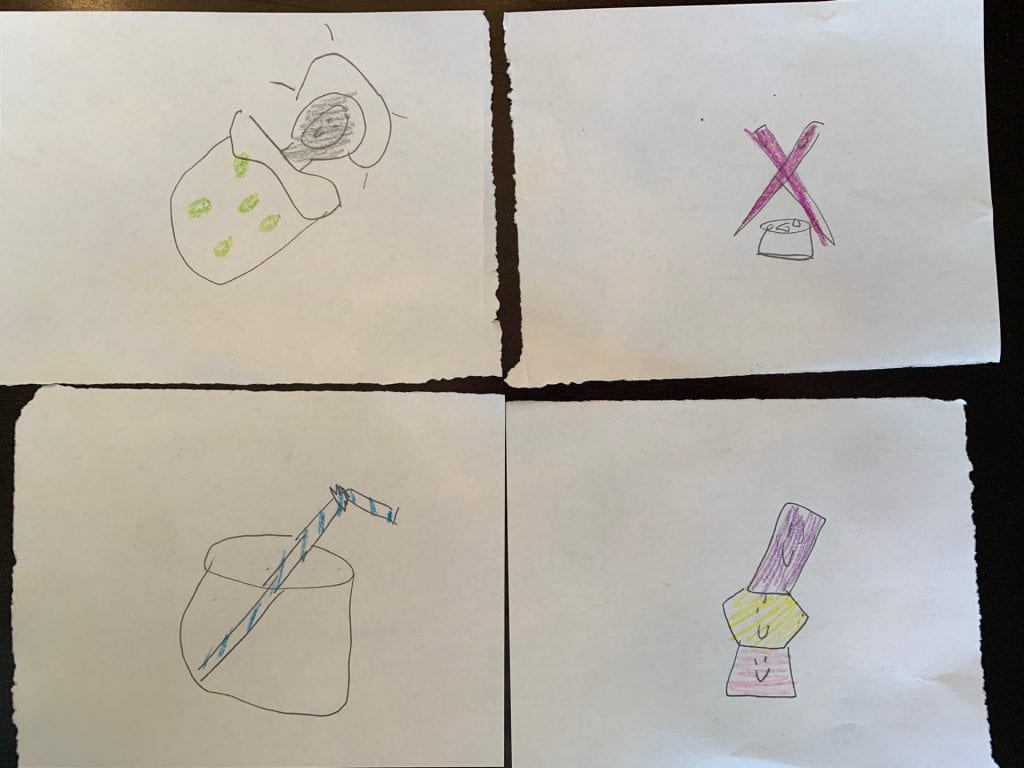 Albert the Pen lived in the best pen holder with the best pen caps. Albert had the best spring a pen has ever known. His spring would make him jump when people pressed on him.  He was the color black with red and white stripes.  He was the pen of a little boy.  When the boy went to camp each summer, and his mom and dad would use him and they would show all their friends Albert.  That summer the family that the little boy lived in decided to go to Mexico for a month stay. Albert was so happy because he thought he was going to Mexico too!  But little did he know, he was NOT going to Mexico with them.  He was staying home.

Albert woke up the next morning and saw the little boy packing toys, art stuff, and clothing. “WOW, we must be going to Mexico late tonight!”, thought Albert. So Albert grabbed his best pen cap, put it on, and made sure that his spring had extra zing and packed the rest of his caps in his suitcase. Then, Albert hopped into the little boys backpack and fell asleep.

Albert woke up to the sound of yelling.  “YOU ARE NOT BRINGING YOUR FAVE PEN WITH YOU! IT IS OUR BEST ITEM!!! WHAT IF IT GETS LOST?!”

Mom replied, “BUT YOU CAN’T SO PUT YOUR PEN BACK IN YOUR PEN HOLDER THIS MINUTE SON!!!”

And he put Albert back in the pen holder with his suitcase.  “But, what if he gets lonely?”, asked the little boy.

“Haha, Pens aren’t alive” said his Mom.  “They can’t run and jump and sing and dance like we can. Come on hun, it’s time to go to the airport.”

After Albert closed the mail box and he was inside, he opened the letter.

Dear: My sweet Albert. We need you now!!! An evil pencil is taking away your father. We need your help to get him back. Yours: Mommy Pen. P.S. Wrap yourself up on an envelope and send it to the return address.

Albert had been reading the letter for so long that he didn’t know what time it was so he looked at his watch. “Oh my” he said. “The mail will be here soon!”  So as fast as his spring could go he went inside and grabbed his bag, took the letter out and hopped in the envelope and wrote it to the return address.

Two minutes later the mail arrived. “Hmm” said Big Bob as he saw the mail.  “I thought that family had left and gone to Mexico”, said the mailman. Well they must have left this letter before they left.”

Then Big Ben picked up the letter and put it in the mail bag.

The ride seemed like forever!  Then I heard a screech.  And I was lifted up into the air and put in the tiny mailbox. I did not fit so he put me next to it.  And within 3 seconds he was gone.  No wonder he was gone so fast. The place looked gloomy and abandoned.  It did not look like this when I was a kid.  When I was a kid this place was all happy; not a soul was sad.  The trees seamed to reach for me.  And the dogs seamed to glare. I felt like the only one in a thousand years that had ever been out of their houses.  Had he gotten the wrong address?

All of a sudden I heard a voice in the distance with an accent, “Is thee here?”

“He should be”, said another guard.

“There thee is. Let’s go!” replied a guard. Then a group of men lifted me up and carried me to a big castle. “The Queen is expecting you”, said one of the men carrying me.

All about my brother Bryson

My brother is very smart.  He likes ABCYA.  And abcs and 123s.  He loves Lexia.  He knows the French alphabet and goes crazy for ice cream.  He is 3 years old. His fave color is Dark Gray (He changes it every day).  He can also read. He read this post to me.

My brother Bryson helped me write this. I asked him questions and he gave me answers.  Here are some letters he typed when I wasn’t looking:

Category: Uncategorized | 3 Comments on All about my brother Bryson

How I Know It Is Spring

I Know It Is Spring when the snow turns to slush and it starts to rain.  When the rain comes I know Spring is close by.  Then all the snow melts and I see leaves all over the lawn.  Then I see sticks on my lawn too. My dad gets me and my brothers and we groan and say fine and we start to pick up all the sticks.  Then we put them in our wheel barrow and I haul it over to the brush pile.  (We burned it this year so we have to make a new one) I also know when Spring is near because the air gets warm and I start to smell a sweet smell. I see my brothers running outside.  They start to play soccer and basketball.  My dad opens the shed and we get out the porch furniture. Then I see golfers wearing short sleeves at the golf course next door. And people start to talk about pool parties and sunny days. my mom asks me if there is any Summer camps I would like to go to again.  I also start thinking about Easter.  Then my mom takes me online to shop for new Summer and Spring clothing.  We also go to my Grammys and Gramps and my Gigis and Peps for an Easter egg hunt.  Then my Mom and Dad get a ham and we start to celebrate Easter. My Mom makes Hot Cross Buns and we eat them.  And my Dad and Mom make us go out side more often.  And we go to the beach.  My brother Bryson makes sandcastles.  My Brother Phin passes his Football with my Dad. I surf. and my mom helps my brother make sandcastles.  My Mom also invites her college friends to go to the beach with us.  I also know it is Spring because the sky turns blue and the grass turns green.  My Mom opens the windows.  And I sleep with less covers and wear short sleeve pjs.  I also play sports outside on a real field on a real team with real uniforms.  And me and my friends meet more often.  We go to playgrounds. Walk around Portsmouth.  And visit my grandparents to take hikes and walks with them.  We talk about going to Boston and going to the aquarium.  And staying over night at a hotel.

How do you know it is spring???

Category: Uncategorized | 2 Comments on How I Know It Is Spring

If I was rain drop I would……

If I were a rain drop I would wake up every morning and slide down a pole. Then I would evaporate into the sky and live in a cloud. Then one day I would move down to the ground and be in a different place.     I might be in Paris,France or even New Zealand!!! Then I will fall to the ground and land on someone’s rain jacket. Then go home with him and when the kid drops his rain jacket on the floor I will crawl off his rain jacket on to the floor with some other rain drops. And all of us together will make a big puddle of water. And the mother of the little boy will get a paper-towel and wipe me up and put the paper towel in the trash. And then I will go to the dump and get dumped in the ocean.  (Which people shouldn’t do) And turn in to water again. And float in the ocean and then I will float in a stream. Then  people will come and put me in a glass and drink me. I will swoosh in their mouth. And slide down her throat until I am in her stomach.

CRASH BAM POW!!!! I am going to teach you all about 4 different kinds of storms:  Thunderstorms, Tornadoes, Hurricanes, and Blizzards. Have you ever been in one of those??? I have been in one, but maybe you haven’t. In New Hampshire sometimes we get Blizzards. But, not very powerful ones. I hope you never experience any of these storms.

Tornadoes: Imagine your house getting picked up by a big storm and being blown away, that is what a Tornado can do. Tornadoes have high winds and can pickup cars houses and people. If a Tornado comes, go to your basement or cellar. Tornadoes can also form over land or sea.

Hurricane: What if you were walking down the street a Hurricane started to form.  That would be a big surprise.  But that is what a Hurricane is.  They are unpredictable.  A Hurricane can also pickup cars and houses  just like a Tornado.  There is also 5 categories. You DO NOT want to experience a categorie 5. Hurricane forms over worm water.  So if you live near the coast you might experience a Hurricane. They grow and become more powerful over the warm water.

Blizzards: A Blizzard is a storm that ice or snow can come out of.  A Blizzard forms when warm air meets cold air.  To make sure it is a blizzard, meteorologists have to make sure the winds are 35 miles or more.  Also, to be a blizzard, the storm has to last for at least 3 hours.  If there is a blizzard, make sure you stay nice and warm inside, or wear really warm winter clothes.

Stay safe  from these storms bye

My mom made morsels at Molly’s Market

Zara zoomed to the zoo to see zebras

What makes you special?

If someone asks me what makes me special, I say:

Category: Uncategorized | 3 Comments on What makes you special?

My favorite character is Gracella but I decided to make a sculpture of Norbridge.  Gracella is 1. evil 2. magic 3. creepy.  I know she is evil because she hurts 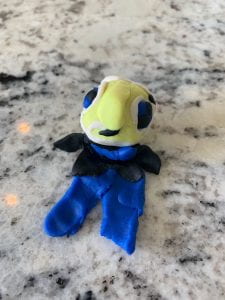 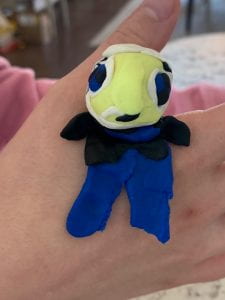 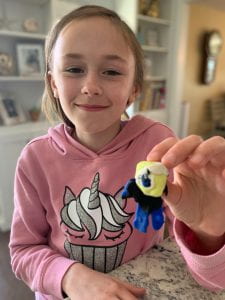 1 tacky would be annoying

2 he would get me in trouble

3 he would ruin my stuff

1 he would entertain me